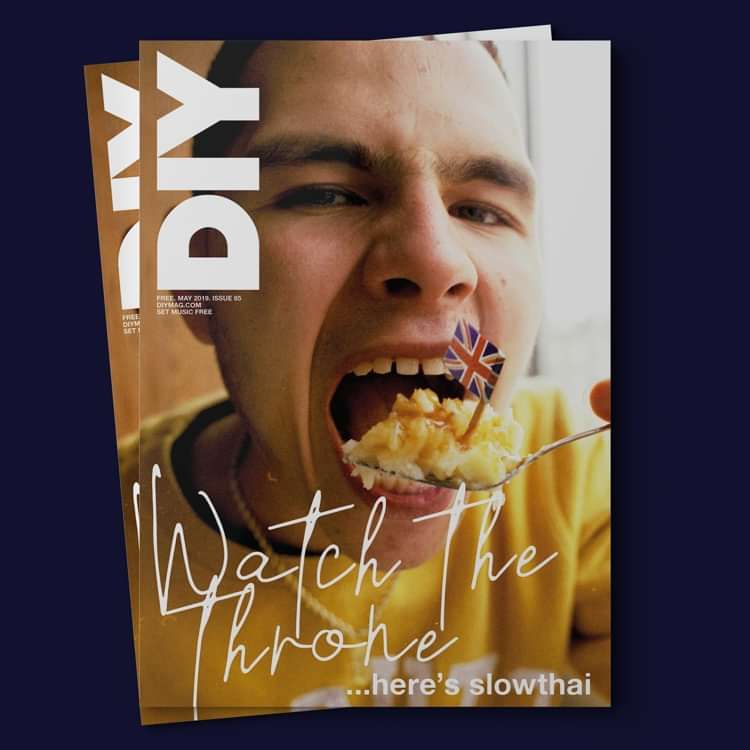 The May issue is fronted by Northampton’s best export since shoes - slowthai - who releases incendiary debut ‘Nothing Great About Britain’ later this month. We meet him in North London, where between shoving mash in his face and getting stopped by fans, he spills on the record, influences from punk and hip hop, and how he’s hoping to give back to the next generation.

Ahead of the release of debut ‘Reasons to Dream’, Whenyoung give us a tour of their London hotspots (featuring a Guinness or two, naturally), Charly Bliss’ Eva Hendricks explains how she channels rage into joy, we talk to Trudy and the Romance’s Olly Taylor about looking back in time for the trio’s forthcoming debut ‘Sandman’, try to keep up with Amyl and the Sniffers in Hamburg, find out what keeps Hot Chip fresh in the game, and talk to Frank Carter & The Rattlesnakes on going deep on their latest, ‘End of Suffering’.

We head into the studio with Two Door Cinema Club as they announce new record ‘False Alarm’, say a fond farewell to Superfood, meet newcomers Pottery, Heavy Lungs and EUT in Neu, and feature albums from Vampire Weekend, The National, Hayden Thorpe and more, plus catch Robyn, Fontaines DC, James Blake and more in reviews.