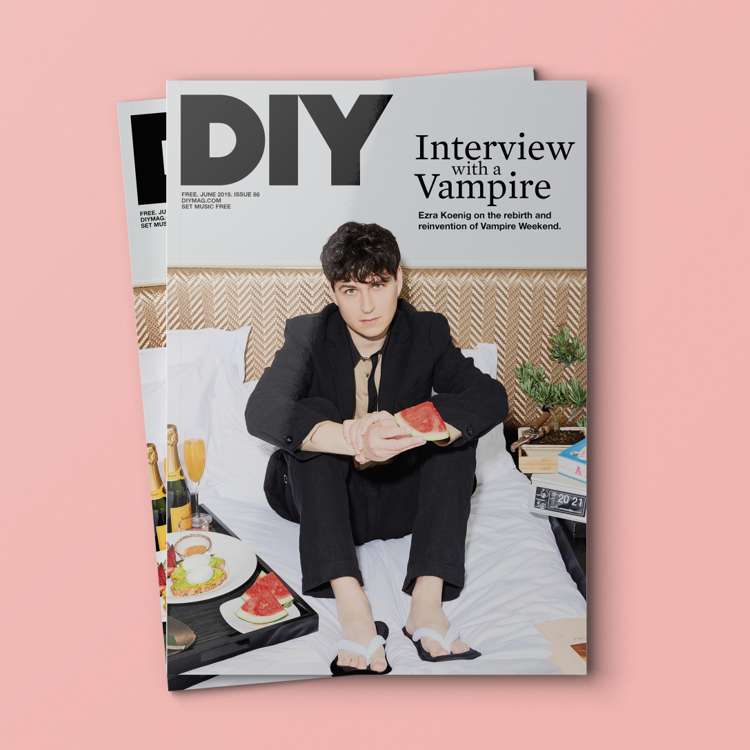 Vampire Weekend’s ‘Father of the Bride’ was some time coming, but the group’s fourth album proved itself worth the wait and then some - so time we finally got main man Ezra Koenig on the cover, right?

We dive into the rebirth of Vampire Weekend with the frontman, who also reflects on how his life has changed since 2013’s ‘Modern Vampires of the City’ (hint: it’s ‘quite a lot’), and expanding his musical horizons.

Elsewhere, we find literal superstar DJ, Oscar winner and banger factory Mark Ronson in pensive mood as he prepares to release ‘Late Night Feelings’, his collection of sad bangers, Bastille partying despite the world outside, meet the gnarliest bands at last month’s Great Escape - Surfbort and Viagra Boys, fyi - and invade an art exhibition with Mattiel.

What’s more, we dive into Kasabian’s Serge Pizzorno’s new project, The S.L.P., include a massive Glastonbury preview, plus catch up with both Swim Deep and Sløtface. Plus meet your new favourite bands: this month’s Neu profiles Penelope Isles, Just Mustard and Crumb.