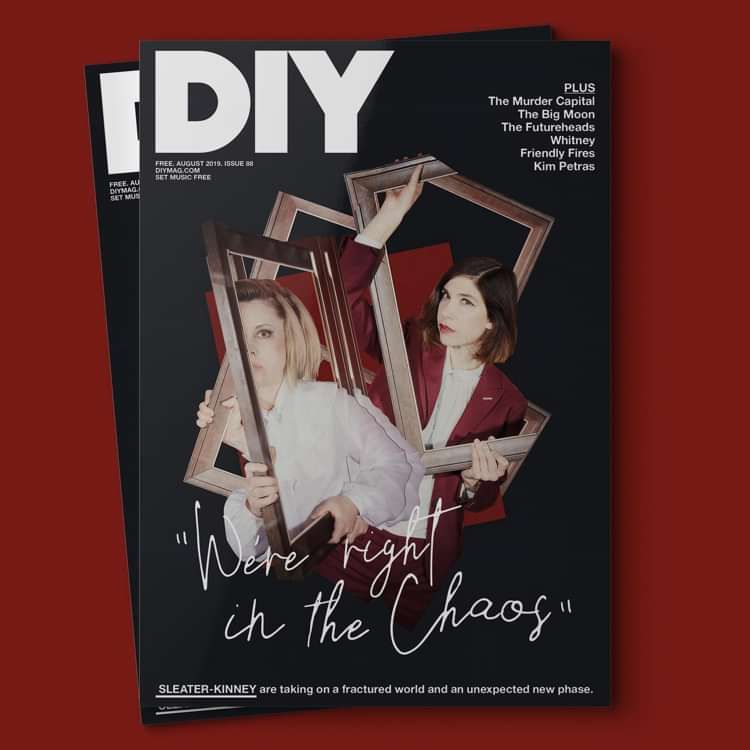 With Sleater-Kinney, The Murder Capital, The Big Moon

"We're right in the chaos," say Sleater-Kinney. Specifically, about their new album, the St Vincent-produced 'The Center Won't Hold' - but it's just as apt for the situation Corin Tucker and Carrie Brownstein find themselves in after the shock departure of Janet Weiss earlier this summer. We spoke to the then-trio, and remaining duo about the themes behind the record, working with St Vincent and more.

We also speak to Ireland's next big thing The Murder Capital as they prepare to release their debut, head into the studio with The Big Moon as they work on LP2 - and prepare for some pretty-bloody-massive support dates, talk to this year's Mercury shortlisted acts, plus feature interviews with Kim Petras, Jay Som, Friendly Fires, Shura, The Futureheads and Whitney.